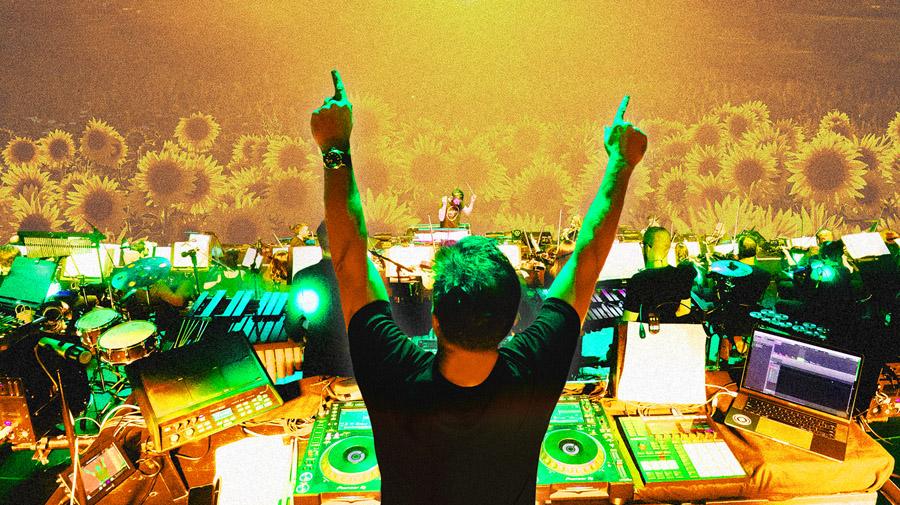 The hottest ticket of the summer returns to Wales, after previous sell-out tours and outdoor gigs - with a brand new show for 2021 with re-workings of more iconic dance anthems.

The show is a must see for ravers, party animals and everyone who ever saw Ibiza as their Mecca, an irresistible combination of the UK’s most influential DJ with a 65 piece orchestra, a spectacular visual show with lasers and the biggest party anthems.

The concept first came to fruition after a lot of hard work and careful curation at the massively successful BBC Proms show at the Royal Albert Hall three years ago. Pete’s collaboration with the Heritage Orchestra conducted by Jules Buckley went on to play arenas around the world, including the Hollywood Bowl and two sold out nights at the O2, and spawning the album Classic House, which sold over 200,000 copies and reached number one in the UK, and the follow-up, Pete Tong Ibiza Classics, which has so far amassed over 120,000 sales.

The show is once again being promoted by current Live UK regional promoter of year and three time winners Orchard Live; director Pablo Janczur said: “We ‘ve promoted this show in outdoor locations twice with great success and its always been the highlight of our summer so we can’t wait to bring it to Colwyn Bay. Get ready to party North Wales!’

Please note that this event is not in Venue Cymru.

Tickets are subject to a 12.5% administration fee on top of the above prices.